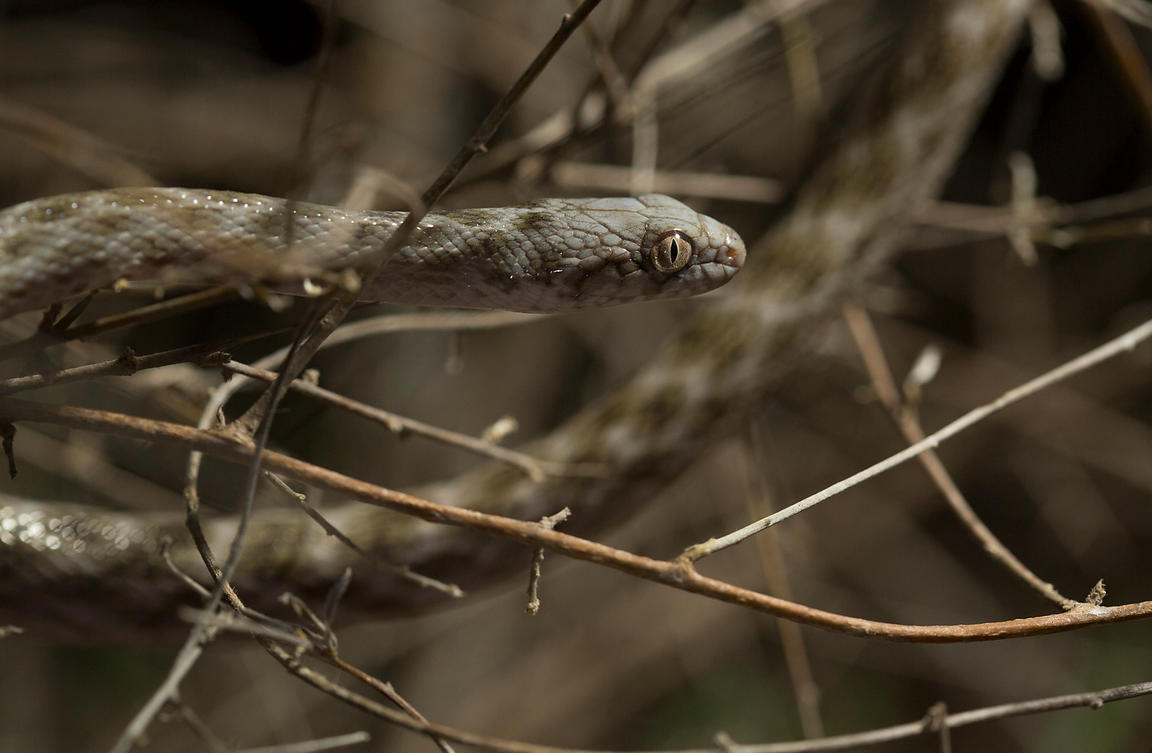 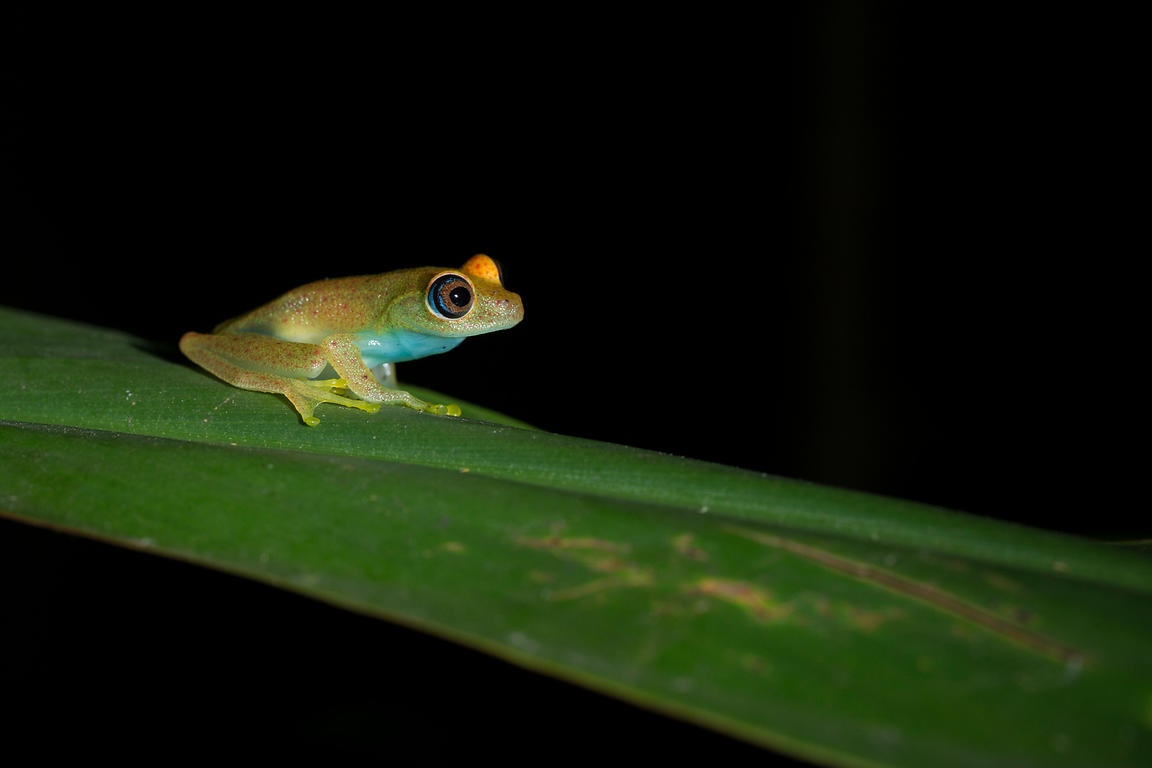 Green Bright-Eyed Frog seen on the roadside near Andasibe village

My third opportunity for night walks and some further nocturnal photography came when I was back in the eastern rainforests of the country, only this time in the well known area of Andasibe-Mantadia National Park. Andasibe was a place I was most looking forward to visit. It is the land of the Indri, or Babakoto as it is known locally, the largest living lemur in Madagascar. Not only that, but the rainforest of Andasibe is rich in biodiversity from lemurs to frogs and chameleons. As an animal lover, it is heaven on earth, and as a wildlife photographer, it is like being a kid in a candy store. Most of the frogs, chameleons and geckos in Andasibe are active at night, so I squeezed in as many night walks as possible.

The first was in a reserve known as Mitsinjo. I was keen to support this reserve as it was formed in 1999, called Association Mitsinjo, by residents of the local village. In 2003 they gained management of Analamazaotra Forest Station, one of the best places to see the Indri. Association Mitsinjo provides employment for more than 50 members of the local community. Roughly half of their employees are certified tourist guides for the Andasibe area, while others work on a project by project basis. In total their activities have an effect on more than 400 households in the Andasibe area. It is the perfect example of how the local community is working in harmony with nature; so vital in a place like Madagascar where deforestation is rife and discoveries for medicinal purposes and advancements in science are still being found.

Along with my local guide, Barry, the first species we came across was a stunning Short Horned Chameleon roosting in low vegetation. I tried a few different lighting techniques and settled with using two flash-guns, one from the front-right and another from the rear providing back-light. As I've already mentioned I find the prehensile tail of a chameleon fascinating, and this particular chameleon had it's tailed perfectly coiled. The most distinctive feature of the Short Horned Chameleon is its large, ear-like occipital lobes. When threatened, it raises its ear-like flaps to increase its apparent size. 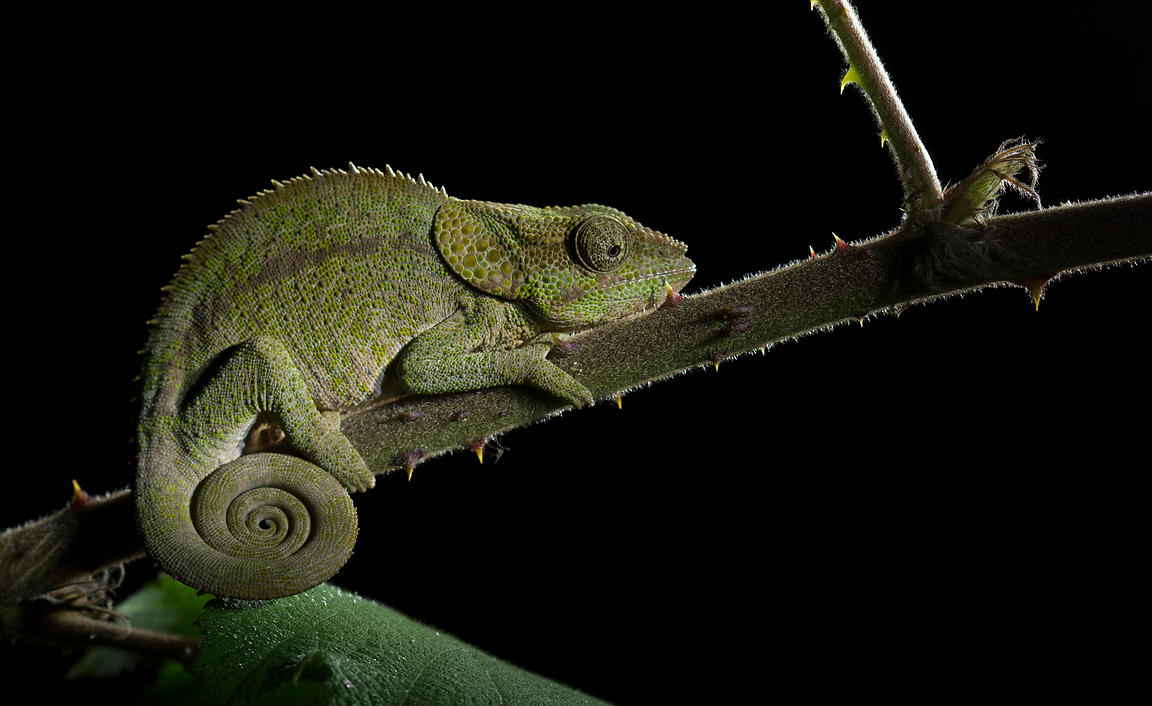